Glaucoma is a condition which can affect sight, usually due to build up of pressure within the eye. Glaucoma often affects both eyes, usually to varying degrees. One eye may develop glaucoma quicker than the other.

The eyeball contains a fluid called aqueous humour which is constantly produced by the eye, with any excess drained though tubes. Glaucoma develops when the fluid cannot drain properly and pressure builds up, known as the intraocular pressure. This can damage the optic nerve (which connects the eye to the brain) and the nerve fibres from the retina (the light-sensitive nerve tissue that lines the back of the eye).

There are four main types of glaucoma:

chronic open-angle glaucoma – this is the most common type of glaucoma and develops very slowly
primary angle-closure glaucoma – this is rare and can occur slowly (chronic) or may develop rapidly (acute) with a sudden, painful build-up of pressure in the eye
secondary glaucoma – this mainly occurs as a result of an eye injury or another eye condition, such as uveitis (inflammation of the middle layer of the eye)
developmental glaucoma (congenital glaucoma) – a rare but sometimes serious type of glaucoma which occurs in very young children, caused by an abnormality of the eye

Glaucoma can be treated with eye drops, laser treatment or surgery. But early diagnosis is important because any damage to the eyes cannot be reversed. Treatment aims to control the condition and minimise future damage. If left untreated, glaucoma can cause visual impairment. But if it's diagnosed and treated early enough, further damage to vision can be prevented.

Attending regular optician appointments will help to ensure any signs of glaucoma can be detected early and allow treatment to begin.

How common is glaucoma?

In England and Wales, it's estimated more than 500,000 people have glaucoma but many more people may not know they have the condition.
Chronic open-angle glaucoma affects up to two in every 100 people over 40 years old and around five in every 100 people over 80 years old.
You are also at increased risk of developing open-angle glaucoma if you are of black-African or black-Caribbean origin.
Some types of glaucoma, such as acute angle-closure glaucoma, are much less common. However, people of Asian origin are more at risk of getting this type of glaucoma compared with those from other ethnic groups.

Click here for all Downloadable Patient Information Leaflets from the British and Eire Association of Vitreoretinal Surgeons. 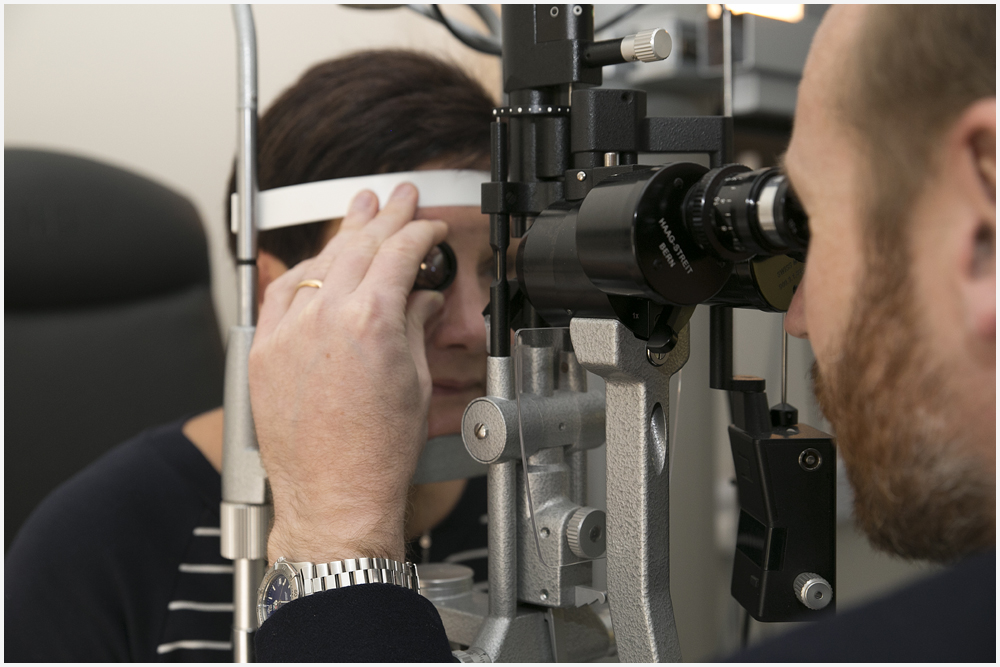